CENTRAL UNIVERSITY REPORTEDLY ON THE VERGE OF COLLAPSE 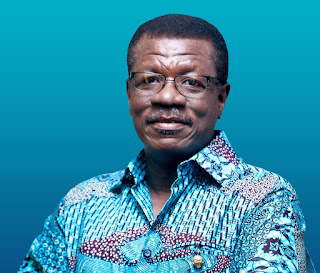 In an interview with YEN, some students of the university revealed that all is not well with the school and they fear it is on the verge of collapse. Earlier, the university laid off some staff and other workers, while the registrar confirmed that the university was running on life-support. According to students, lectures have not been paid salaries for three months. Other workers at the university have also not been paid for months, the students claimed
They also lamented the poor services being rendered to them on campus including “no water, no light” and others, which they revealed was making life on campus very difficult for them. Sources say the only way the university could remedy the situation is by increasing fees for the student. However, any such move would backfire owing to the fact that Central University has one of the highest school fees in the country, and students may not agree to pay more. The current situation of the university, according to the report, follows the collapse of Capital Bank last year August. GH?610 million was reportedly given to Capital Bank, where Otabil served as a major shareholder, to support the bank, but the money ended up being squandered, according to multiple media reports.
The money is said to have been diverted into other businesses owned by some of the bank’s board members, leading to the collapse of the bank. An earlier report by YEN.com.gh detailed how owner of the bank, Ato Essien, reportedly moved the GH?610m into companies believed to be owned by him and others on the board, while the rest was used as capital to secure a license for another now-defunct bank, Sovereign Bank. Consequently, Otabil, his church ICGC, Ato Essien, and other stakeholders believed to have caused the collapse of the bank have been dragged to court.
Source: yen.com.gh
- Advertisement -

HRRG CALLS FOR AN END TO VIOLENCE AGAINST WOMEN

Dr. Baird to Chair Broad-Based Committee To Advance Work On the Establishment of a Cannabis Industry

It’s a joy being able to put smiles on faces of...